The Eviction Crisis in San Francisco

With San Francisco’s tech boom and the influx of tech workers, the city has been growing at a rapid speed at the cost of the skyrocketing housing price and an eviction epidemic. Displacement becomes an existential dread as evictions of elderly and disabled have become so commonplace when the landlords want to raise the rent. Landlords attempt to evict the tenants from the rent-regulated units so that they may re-rent them in market rate. It is much easier to raise the rent on new tenants than old ones. The absurdity of the situation has saddened long-term residents when they are forced to face an alarming displacement rate. According to statistics from the Rent Board’s Annual Eviction report, the number of total evictions witnesses a dramatic increase of 54.7% in 2015 since 2010. Among the five most used justifications for eviction notices, Owner move in as one type of “no fault” evictions rises sharply in the past few years. The most affected people in this eviction crisis are those low-income families, singles, elderly, and disabled. They have to move out their previous house and neighborhoods to seek new housing in other places. Despite their emotional insecurity, they have to undergo economic hardships due to the losses and instability caused by the evictions. Accompanied by house losses and jobs losses, some of them are forced to leave the city when they are unable to find affordable housings in the city. The eviction crisis in San Francisco is threatening current tenants greatly when the current rent control law and the 2015 buyout legislation fail to protect them from the skyrocketing housing price and the large scale of evictions happening every day. Two possible solutions to solve the eviction crisis in San Francisco are the long-term plan of building more affordable housing and a short-term plan of establishing eviction prevention programs in the city. Generally speaking, the eviction prevention program is a better solution comparing to building more affordable housing as it directly deals with the core cause of eviction, has better coverage, is more cost effective, and practical. 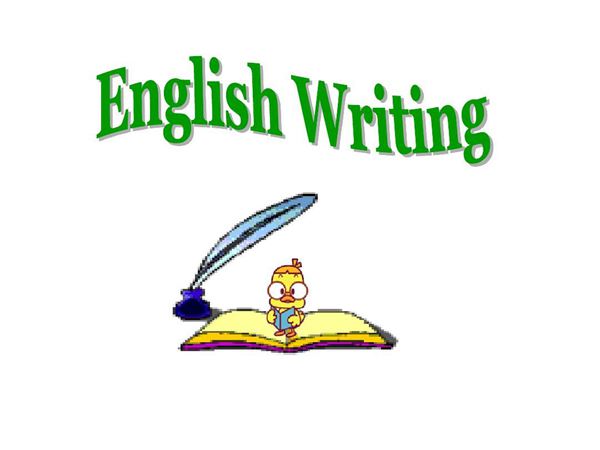 A sociologist Professor from Harvard University, Matthew Desmond suggests that affordable housing is the most powerful and effective policy as it helps millions of low-income Americans get through financial hardships. Desmond studies the prevalence and consequences of evictions in American urban settings and points out that low-income families, especially single mothers or minority family are the most affected groups in this eviction crisis (“Unaffordable America” 1). Since 1993, the percentage of families below the poverty line who spend 30% of their income on housing dropped from 27 percent to 19 percent to 2013 when families paying over 50% percent of their income on housing rose from 43 percent to 52 percent (See Figure 1). That is to say, as the economy develops, people spend more income on housing and leave less for other family expenditures. Providing those disadvantaged people with stable housing will ease their financial burden and thus lower the evictions. As a result, those low-income families could spend their income on education or job training that will reduce poverty and stabilize the society in the long run (Desmond, “Unaffordable America”5).
Figure 1: Most Poor families spend over half of their income on rent, 1993-2013 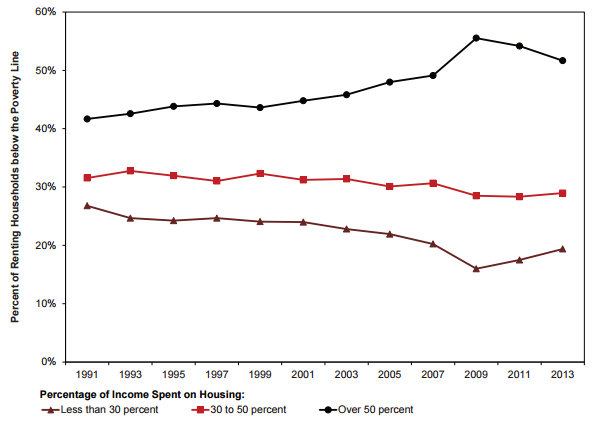 One major concern over this solution is that affordable-housing construction is too slow-going and costly to solve the current eviction crisis in San Francisco. However, this long-term planning is highly necessary with the soaring numbers of migrant workers pouring into the city. The current housing stocks will run out soon.

A comprehensive eviction prevention program appears to be an effective solution that includes public funds to pay back rent, legal services, budgeting advice, and tenant rights training. It targets low-income families, single parents, elderly, and disabled in San Francisco who are threatened with eviction facing displacement. Desmond examines the eviction crisis in his book Evicted: Poverty and Profit in the American City in great detail and argues that affordable housing should be a basic right for people in America. Desmond proposes several meaningful solutions to deal with the eviction crisis and suggests that establishing public funded legal service for low-income families is a cost-effective measure to prevent evictions (Evicted: Poverty and Profits 303). David Campos and Jeff Adachi write in an article “San Francisco to provide the right to counsel for tenants facing eviction” that there is a serious legal inequality of San Francisco because, among the 3662 evictions notices in 2013, 1000 of these cases went to court without lawyers (para. 2). Russell Engler studies the current self-representation in civil cases and identifies the shortage in full representation by counsel and its consequences, especially in housing cases. Based on Engler’s finding, about 90 % of landlords hire attorneys in the housing court, while only 10% of tenants have a lawyer (“Connecting Self-Representation” 47). The limited representation of lawyers among tenants put them in a vulnerable situation as most of them do not know how to use legal protection to assert their rights. Carroll Seron, Gregg Van Ryzin, Martin Frankel, and Jean Kovath of New York City’s Housing Court conducted a research inclusive of a group of tenants who received legal counsel and another group without legal counsel to examine the outcomes of legal assistance. The research finds that tenants without legal counsel are much more likely to be evicted and tenants who received legal counsel are more likely to keep their housing (419). This research reveals the importance and effectiveness of legal assistance to tenants facing evictions. The pay back rent service provides low-income families with aids in rent. Desmond points out that many renters might be unable to pay the rent when they have experienced a drastic but temporary loss of income (5). Their inability to pay the rent gives the landlord a reason to evict them out of their house. Thus, a rent aid service will prevent many forced evictions due to a medical emergency or job losses. Additionally, providing the low-income families with budgeting advice and tenant rights education will help them to manage their finances better and understand their rights, which will lower the eviction relatively.
文章未完，仅为片段
可在线提交您的学业需求
派尼尔竭诚为您服务