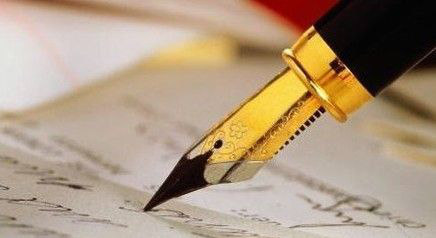 Real Estate Industry In Brazil Economics Essay
The aim of this paper is to describe the Brazilian economic environment over the course of the last decade, taking into account the effects economic policy and then relate this economic environment to the advantages and disadvantages of doing business in Brazil. Section One presents the most striking trends of the Brazilian economy since 2000. Section two analyses the Impact of economic policy on the business environment. Section three discuses the economic advantages and disadvantages for companies in the Real Estate Industry. Finally, Section Four concludes by considering what strategy the Foreign MNE should use to enter the Brazilian real estate market.
Section 1
2. The economic environment of doing business in Brazil.
Brazil attained a democratically elected government in 1989 after a prolonged struggle between military and democratic forces where brazil maintained an import substitution industrialisation model. In 1994 under the presidency of President Fernando Cordoso major economic reforms were implemented in a large scale liberalisation of the economy. During this period Brazil underwent the world’s largest ever privatisation initiative, when over 100$ billion of state own assets were privatised. Now Brazil is often grouped along with Russia, India, and China as a region of rapid development and economic potential (see fig1). After decades of hard work Brazil has emerged as a major international power with the 8th largest economy in the world, (source IMF, 2009). Since its major trade policy overhaul in the 1990s, Brazil has undertaken ambitious changes related to economic reforms in its pursuit of sustained growth, which have led to a significantly more open trade and investment environment. These policies have faired Brazil well through the current economic crises, and the speed of economic recovery is a testament to the success of Brazilian economic policy. Under the current administration’s macro-economic growth policies, Brazil has changed the pattern of the previous 30 years, and now has strong GDP growth, low stable inflation and rising prosperity.


Fig 1: GDP growth
Gross domestic product based on purchasing-power-parity per capita GDP.
Following Cordoso’s regime, Brazil has maintained strong focus on implementing trade and investment liberalisation, and heavily reduced tariff rates (see fig2), resulting in increase in GDP( fig 3) and a favourable environment for foreign investments(see fig 4)
Fig 2: Tariff Rates across all products from 1990-2009
Figure 3 : GDP Growth in Brazil 1994-2010
All though these policies were not across the board, this has allowed foreign investment in the real estate industry, and the resultant stabilisation of interest rates has made Brazil a more attractive investment location. An attractive feature of the Brazilian real estate market is the creation of free trade zones, which are centres of development by foreign investors.
Fig 4: FDI in Brazil
Section 2
Background
Brazil has undertaken a number of economic and fiscal policy changes. Two of the most important over previous two decades and therefore the ones we shall focus within this paper are Unilateral Trade Liberalisation, and Regional Integration Policy.
In Brazil, much of the second half of the 20th Century is characterised by an authoritarian modernisation. Here state operated enterprises (SOE), had monopolies which were secured via government subsidies. The policy was direct state intervention into industry through restrictive regulatory rules, which the government hoped would promote self-sufficiency within the large domestic market. This approach was seen as a success by observers within Brazil during this period, due to the high growth rate [figure]. However growth was largely due to the impact of Low interest loans from the developed world.
A critical turning point arose in the 1980 when super high inflation and a poor global climate led to a debate into the efficiency of the current import substitution model. As the ISI system failed policy makers within Brazil began to explore the benefits of a market economy. The ISI model had a number of failings but a major consideration was that it allowed the government to favour special interest groups, and powerful lobbies within the country, in a system of protectionism and mercantilism, which ultimately led to extreme balance of payment issues and lagging productivity.
Liberalization
During this period in Latin America the Washington consensus as at the forefront of political and economic discussion, where it promoted macro change in the form of stability through fiscal balancing, and real exchange adjustments, and in micro change in the form of trade openness, liberalisation, SOE privatisation, and economy de-regulation. The combination of the external and internal pressures to remove protectionism and the general consensus of the day led Brazil to remove protectionism and develop a trade liberalisation policy in the early 1990s. This was Brazil’s first major policy revision since 1957. In implementing these policies, policy makers imposed unilateral tariff cuts, and in doing so forced domestic industry to compete with external competitors. The goal of this was to bring down inflation, which had been running into three digit figures by the end of the 80s, and raise Brazil’s competitive standing on the international arena.