Bank deposits account for the majority part of money in the modern economy. While it is a common practice to illustrate the process of bank deposits’ creation by the standard money multiplier model, what happens in the real world is difference. The article “Money Creation in the Modern Economy” clarifies two common misconceptions in the textbook and elucidates the process and the constrains for money creation in the modern world. 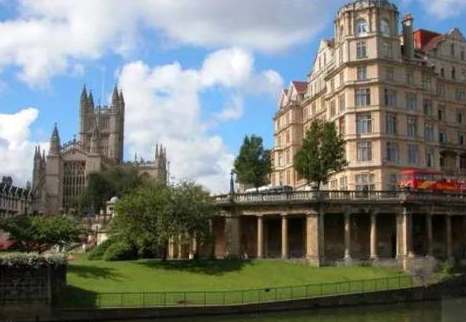 At first, it clarifies that bank deposits do not, as the textbook said, come from the depositors’ saving decision. From the banks’ perspective, deposits are a record of their liabilities. Bank deposits are created when the bank credits the borrower’s account with new loans, and are destroyed when the borrower pays off the loan. When the consumers save their income in the bank account, they are sacrificing the same amount of expenditure which would have become revenues of other merchants. After aggregation, the total amount of bank money stays the same. Hence the consumers’ saving decision couldn’t alter total amount of bank money in the market. The aggregate level of bank deposits can only be changed by banks making new loans or purchasing assets from the non-bank private sector. The banks are the ultimate creator of bank money. Secondly, the article clarifies that neither do the commercial banks automatically give out loans until the ratio between their banks deposits and reserves attain a certain vale (the money multiplier), nor does the central bank policy target on the amount of base money. In reality, the central bank implements its monetary policy by setting the rate of interest; the banks make decisions on how much to lend according to the conditional of profitability in the market, which in turn depends on the decision of the former. The choice of lending determines the demand for reserves and currency, which are provided by the central bank. Thus, opposite to the depictions in the textbook, the quantity of base money is a consequence, not cause, of the banks’ lending decision.

The creation of bank money, however, is no without limit. Three major limits are discussed in the article. The first one lies in the banking side: the total amount of loans are constrained by the market force. Since the source of profit for a bank is the difference between the interest they receive for the loan and the interest they pay for the deposits, individual bank tends to offer lower loan rate for expanding their loan business and higher rate on deposit to attract enough funds for daily liquidity needs. Overtime, as every bank uses this strategy, the profits for the whole industry are squeezed. In order to maintain positive profits and keep the liquidity risk at sustainable level, individual bank have to become more conservative on issuing new loans. This constraining force is stronger as the scale of lending expands, it thus creates a limit for the level of bank deposits in the market. The second limit of money creation comes from the side of borrowers (including households and private businesses). When the borrower uses the newly credited deposit to pay off their existing outstanding loans, the money is quickly destroyed, there is no change to the total amount of bank money. Hence, as the borrowers are continuously paying off their debts, the amount of broad money is constrained. The third and the most important constrain of money creation is the monetary policy of the central bank. Normally the monetary policy starts with an inflation target; according to this target, the central bank sets the interest rate on its reserve, which determines a wide range of interest rates (like interbank loan rate, loan rate for consumers and so on) and profitability of the loan market. Hence the central bank is indirectly controlling the limit of broad money by setting the price of it – interest rate. Apart from that, during periods of financial crisis, the level of economic activity might be so low that the money created in the banking system is not enough for the inflation target.  In this case, the central bank could directly inject money into the system through asset purchase(QE) and enlarge the level of broad money. Therefore, in both situations, the central bank operates like the conductor of an orchestra and sets the tone for money creation in the economy.