admin 2021-07-19
名校Top20团队24小时在线-全PhD团队一站式留学生代写，论文代写，英文论文代写，Essay代写，Paper代写，Assignment代写，美国、英国、澳洲、美国report代写。Assessment代写、Assignment代写、Coursework代写、Dissertation代写。我们为留学生解决音乐、艺术的论文、essay、assignment、quiz、exam、网课难题。任何音乐类、艺术类学生作业，包括online course、QUIZ代写，EXAM代考，网课代上，最高质量的留学生作业代写，服务覆盖美国、美国、澳洲和英国等国家。
音乐学essay代写技巧，高分音乐学学作业代写，音乐学网课代修
Explication of Wilfred Owen’s Poem, Dulce et Decorum Est
What are the imaginations about war? In today’s society, people grow up in the peaceful age. Therefore, except for going to conflicted regions in the world to directly experience war, people in peaceful societies such as the US society can only imagine war through the descriptions in literature, movies, and songs. However, many movies such as Hacksaw Ridge (2016) and Saving Private Ryan (1998) described war as an exciting and dangerous adventure where exists numerous heroic stories and bravery soldiers. In fact, soldiers are powerless in a war because human bodies are significantly vulnerable associated with the attacks of modern weapons including guns, cannons, missiles, bombs, and poison gases. The powerlessness against deathful threats created by modern weapons induces significantly horrific feelings of soldiers towards war scenes. Wilfred Owen, an English poet clearly describes the powerlessness of soldiers and the horror of war scenes in his poem, Dulce et Decorum Est (means “it is sweet and right”). Owen’s Dulce et Decorum Est uses the tone of horror, imageries, and similes to explicate the horror of a war and directly describes a scene of a gas attack in the World War I experienced by the author.
Initially, the tone of horror presented in Owen’s Dulce et Decorum Est clearly illustrates the horrific meaning of a war. When people feel horror, their tone of speaking will change into more nervous and uneasy ways such as screaming, loud speaking, continuous repeating, or stammering. This tone of speaking exists in Owen’s Dulce et Decorum Est when it describes the response of a military officer to the attack of poison gas in the World War I. The poem illustrates, “Gas! GAS! Quick, boys!” (Owen 989). In this illustration, the three sequential exclamation marks describe the significantly panic feeling of the officer. The change from the word, “Gas” to the word, “GAS” represents the escalation of the officer’s voice when he is in the significantly panic feeling. Then, the word of “quick” describes the urgency of this life-threatening scene in the war. All the words and marks in these three short sentences directly highlight the horrors and panics experienced by the military officer and his soldiers in the lethal gas attack. Importantly, for audiences of this poem, they can link their own panic feelings in their past experiences with the panic feeling shown by the tone of horror. With this resonance process, the audiences of the poem can clearly feel and understand the central meaning of the poem – war is panic and horrific because it brings injuries and deaths to powerless soldiers and civilians. Accordingly, the panic and horrific tone of Owen’s Dulce et Decorum Est explicates the significant horror as the meaning of war. 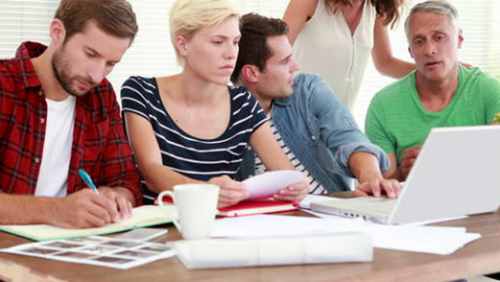 Moreover, imageries used in Owen’s Dulce et Decorum Est demonstrates the powerlessness of soldiers in facing the horrific attracts in the war. Imagination is the effective way for people to visually see a scene in their own minds. Audiences of a literature can use their own similar experiences to imagine a described scene in the literature. In the imagination process, imageries in the literature provide the direction to guide the imagination process of the literature’s audiences. In Owen’s Dulce et Decorum Est, imageries guide its audiences to imagine the powerlessness of soldiers to the deathful horrors in a war. Owen in the poem illustrates, “as under a green sea, I saw him drowning. In all my dreams before my helpless sight, he plunges at me, guttering, choking, drowning” (Owen 989). In the illustration, the “green sea” guides the audiences to use their experiences of swimming in a sea to imagine the poison gas attack scene. In the scene, soldiers are surrounded by green poison gases like the audiences are surrounded by blue waters in the sea. When audiences can imagine the drowning process in their swimming experiences in the sea and their powerlessness that they feel in the fight against the power of nature, they can also visually imagine the drowning process of soldiers in green poison gases and their powerlessness against the call of death. In this imagination process, the audiences of the poem can directly see the horrific and panic scene described by the poet in their minds. It means that they can directly feel the horror and panic in the war scene in their imagination. Therefore, the imageries used by Owen in the poem also explicate the meaning of horror associated with war to the poem’s readers.
Furthermore, in Owen’s Dulce et Decorum Est, the frequent use of similes highlights the horrific scenes in a war. Similes represent the comparison of two different objects and things by using the words of “like” or “as”. Through similes, readers of a literature can use the similarities of tahe two different objects and things and their understandings of one thing to understand another. In other words, similes provide opportunities for readers to understand the meaning of the literature through their own understandings of similar experiences and things. Owen’s poem frequently uses similes to tell the horror and panic of war to its readers. As an illustration, Owen in his poem illustrates, “and watch the white eyes writhing in his face, his hanging face, like a devil’s sick of sin” (Owen 989). In this illustration, “a devil’s sick of sin” represents the strong power of devil to bring deaths to human beings. By linking the choking face of a dead soldier caused by the poison gas attack and the strong power of devil in creating death, the audiences of the poem can understand the unnatural and strong power of poison gases in the war to brings horrific deaths to powerless soldiers. Similarly, Owen in his poem also describes, “But someone still was yelling out and stumbling and flound’ring like a man in fire or lime” (Owen 989). In the description, people understand the pains and panics when they are hurt and damaged by fire. Through the link between the experiences of soldiers in poison gases and the experiences of people in fire, the audiences of the poem can clearly understand the horrific and panic experiences of soldiers in the poison gas attack in the war. Accordingly, through the similes that Owen uses in Dulce et Decorum Est, the audiences can clearly understand the meaning of the poem – war is horarific and panic because it not only brings unnatural deaths but also result in harms and pains to its experiencers.
Accordingly, Owen’s Dulce et Decorum Est closely relates to the theme of war because it is the direct and detailed description of a scene in the World War I. Owen’s poem directly describes the horrific experiences of soldiers in a poison gas attack in the World War I. For instance, Owen in his poem describes, “many had lost their boots, but limped on, blood-shod” (Owen 989). In this scene, the loss of boots represents the panic reactions of soldiers to the attack in the war. The “blood-shod” refers to the horrifying scene where bloods of soldiers are everywhere in the battlefield and bloods cover the feet of soldiers as their blood shoes. Both descriptions not only highlight the panics of soldiers in the war when their life are threatened by lethal weapons but also emphasize the horror of the war from the bloods all over the battlefield. Owen’s Dulce et Decorum Est focuses on demonstrating the horror and panics in the theme of war. It describes the powerlessness of soldiers in dealing with the threats of enemies and the inhuman poison gas attack. Accordingly, Owen uses the horrific description of the war scene to express his anti-war idea – war is a complete evil because it only brings deaths and horrors to its participants.
Consequently, according to analyzing the poetic elements of Owen’s Dulce et Decorum Est, the poem explicates that war represents horror because it creates horrific and panic threats to soldiers and results in injuries and deaths that soldiers are powerless to avoid. The poem clearly demonstrates the anti-war meaning because it only brings tragedies to human beings. Through reading the poem, the audiences can clearly feel the horror brought by wars and become the opponents against wars. In other words, Owen’s Dulce et Decorum Est can be identified as the literary work to appeal people for stopping wars in order to meet peace that is without horrific scenes and experiences.