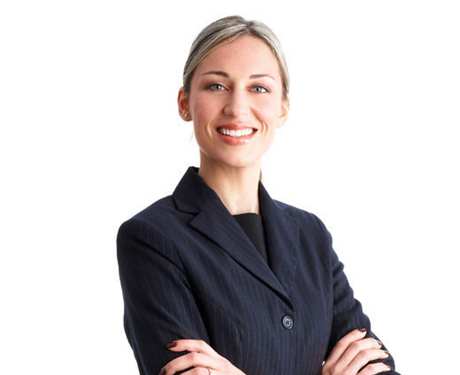 The Aristotelian View of Peter Godfrey-Smith’s Other Minds

In Other Minds: The Octopus, the Sea, and the Deep Origins of Consciousness, Peter Godfrey-Smith studies cephalopods of their mental complexity especially octopus and cuttlefish and claims that “it is probably the closest we will come to meeting an intelligent alien” (12). In his book, Godfrey-Smith details how the octopus in aquariums identifies and interacts with their human keepers, raids neighboring tanks at night for food, turns off the lights intentionally by spouting jets of water, and makes purposeful escapes (40). The author is quite amazed by such complex and conscious behaviors of the cephalopods as a philosopher of science and begins to quest for the origin of animal consciousness. The fundamental question that guides the author in his research is how octopus takes a different path than birds and mammals in its evolving process. Godfrey-Smith’ s insights could be considered as Aristotelian because his findings resemble Aristotle’s theory in his work On the Soul, which explores the nature of life and all the living things including plants, organisms, and animals. Aristotle believes in different levels of souls and proposes that soul as the essence of existence is united with the living beings in an inseparably way. Godfrey-Smith’ s insights in his book Other Mindscomplies to Aristotle’s ideas in On the Soul because he acknowledges the consciousness of the Octopus, takes consciousness a unity with the physical body, and views evolution as the result of the constant interaction with the other world.

To begin with, Godfrey-Smith acknowledges that animals like Octopus have consciousness because it has the sense of touch, which complies with Aristotle’s explanation of the soul. In On the Soul Book II, Aristotle’s claims that people call living things as animals because they possess the power of sensation. Aristotle says, “The primary form of sense is touch, which belongs to all animals” and the sense of touch is the departmental power of the soul. Aristotle takes the sense of touch as part of the soul as the sources of those senses. He believes that animals have souls or at least parts of the soul. Aristotle holds souls as an inseparable of the physical existence of beings. There are some philosophers who believe that humans are the only living beings that have souls. Aristotle believes the hierarchy of living things because they have a different level of souls. For example, plants only have a vegetative soul, animals have an appetite, and humans have the highest form of the soul because they have the ability to reason while other living beings do not. In the book Other Minds, Godfrey-Smith introduces that when one extends his hand to reach the octopus; the octopus uncoils one of its arms to touch back and watches with its large round eyes (33). This small example shows that octopus has the sense of touch. Although the sense of touch is only one a small part of octopus’s mental abilities, it is adequate to prove that octopus has part of a soul. Aristotle thinks that if any living things have the sensory, it must also have the appetite, which is an important part of the soul.

Furthermore, Godfrey-Smith introduces how an octopus can develop more sophisticated learning and more complex behaviors because they have neurons spreading through their bodies, which resonates Aristotle’s claim on the unity of body and soul. In On the Soul Book II, Aristotle claims that body and soul is a unity in the relation of actuality to that of which it is the actuality. That means that soul is the essence of the physical body and they are two inseparable parts united in the physical body of animals. In the books Other Mind, Godfrey-Smith explains the physical feature of the octopus with the wide-spreading neurons in their body is what allows them to present their behavior possibilities (118). With the well-developed nervous system, the octopus can develop a better behavior control. The author continues to explore how the neurons they have in their body help them to adapt to the world such as controlling the color of their skin and changing their body form. Differently, other single-celled organisms with not nervous system tend to live and reproduce in simple manners following a certain cycle of life and death. Although those single-celled organisms might appear in association with others, they cannot present any complex behaviors as the octopus has done because they haven’t developed the nervous system.

Additionally, Godfrey-Smith thinks that different animals may have different senses and behaviors, but they have developed their consciousness in the same way, which is similar to what Aristotle have suggested. Aristotle introduces the concepts acting and being acted upon in length and claims that sensations are produced with the stimulation of external objects.